Time once again for another post in the Looking Back series, this time looking at EPCOT Center from 1992. The name change to “Epcot” was still a few years away, and the original concept for the park was still going strong. Take a look to see what has changed, and what has remained the same.

Good morning from EPCOT Center! This photo was taken in between the Communicore buildings (now known as Innoventions), in case you don’t recognize it without all of those banner/streamer things overhead. Wouldn’t it be nice to have this wide-open view again?

Moving through Future World a bit, we come to The Land. Well actually, we are still a little ways away from The Land, but that is necessary if you want to get a good view of as much of the entire building as you can. Looks like a storm is coming, too. The real kind of storm, that is, not the fake one you can see across the prairie in the Listen to the Land boat ride inside.

The purple tones Journey Into Imagination seem to be matched by a purple shade of the clouds, here. And if you were to go inside and ask for Dr. Nigel Channing, they would just give you a funny look. Dreamfinder and Figment still reigned supreme inside. And as you can see by the line of people waiting to go in, they were still quite popular.

Over on the other side of Future World is World of Motion. I always liked this photo because of how the sun reflected off the upper windows here. While Test Track is a fun ride, it has never been the same kind of fun that World of Motion was. And the old entrance her looked much more clean and open than what is there now.

Here is another view of Spaceship Earth. Where could you get this elevated view? From the exterior portion of the World of Motion ride, which you can see in the previous photo. I always thought it was a great view, even though it never lasted too long. Unless the ride stopped while you were out there, of course.

Keeping Spaceship Earth in our sights, we move on from Future World to World Showcase. Unless those flamingos are from the future, and then this would still be Future World. But they aren’t, and it isn’t. Nice to see the Monorail gliding by, too.

Next we come to China, where the large gate has always made a good frame for the Temple of Prayer for Good Harvest. Maybe a wider angle would have been better to get more of the gate in the frame, but what good does it do to criticize a 23-year-old photo?

Our next stop in World Showcase is Japan, where the blue roofs stand out against the overcast sky. And not that it has anything to do with this photo, but it always amuses me how many people get China and Japan confused. But then I would guess that a large number of guests just wander through World Showcase without knowing which country is which, anyway.

If you are still keeping up with which is which, this is Morocco. The intricate detail found throughout the Morocco pavilion has always been fascinating to me. While most people wander through very quickly saying that there aren’t any rides here, I take my time. And I take lots of photos.

The Eiffel Tower looms behind the buildings of France, although I don’t think the real France has quite so many lightning rods as the EPCOT Center version has. But knowing how much lightning there is in Central Florida, I won’t complain.

This nice, quiet garden area is found in the United Kingdom, behind some of the shops there. Actually, since in the more recent years there has been a loud band playing just around the corner, this garden hasn’t been known as that quiet of a place these days. But it is still picturesque, even with the noise.

From near the United Kingdom we get this overview of France. You can see even more of the Eiffel Tower from here, and the illusion is done so well that it is difficult to remember that the Eiffel Tower isn’t the full height of the real thing.

Back in 1992, EPCOT Center had an afternoon show at World Showcase Lagoon, called Surprise in the Skies. This was a follow-up of sorts to Skyleidoscope from 1987, and this one featured several ultralight aircraft, some of them piloted by the costumed Disney characters. At the end of the show, large character balloons themed to the different World Showcase countries popped up, and they could be seen from all around the lagoon. Here, you can see Goofy in Norway and Chip & Dale in China. The balloons stayed inflated for a bit after the show, which was when this photo was taken. You can see a couple of the gliders over at the left of the photo, too.

Here are more of the Surprise in the Skies balloons, including Pinocchio in Italy, Mickey Mouse in the American Adventure, and Minnie Mouse in Japan. Unfortunately, I didn’t get a photo of the others. You might be able to tell from the water that it was starting to rain, so that put an end to my photo-taking for a while.

But after the rain shower, we had a nice view across World Showcase Lagoon. Here you can see Morocco and France, as well as the Swan and Dolphin hotels in the distance. And some blue sky through the breaks in the clouds, too.

To wrap things up, here is an early evening view of Spaceship Earth from Future World. Views like this are harder to come by these days, which is perhaps one reason why I like this photo.

Thanks for stopping by for this edition of Looking Back! Be sure to check for more of the past in the future. 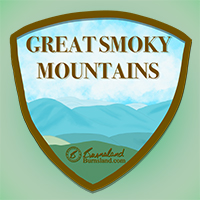