Earlier this week, MiceChat.com reported some interesting news. Disney is shutting down its MAPO division and turning over the manufacturing for its theme park attractions to Garner Holt Productions. This isn’t anything sudden, as Garner Holt Productions has been manufacturing animatronics and show scenes for Disney park attractions for several years now, including over 400 figures for Disney, according to the MiceChat story. In an interview with MiceChat’s columnist George Taylor, Bob Gurr said, “Garner and Disney have recently completed an agreement whereby Garner inherits all of Imagineering’s historic animation and show production designs and tooling, and will furnish much of Disney’s future show production requirements.”

MAPO was formed in the mid 1960s using some of the profits that Disney made from the movie Mary Poppins, from which MAPO (MAry POppins) got its name. MAPO was created to house the people who were working on the then-new Audio-Animatronics figures that Disney was developing, which included the singing robin in Mary Poppins and all the figures for the Disney exhibits at the 1964 World’s Fair. From there, MAPO would go on to build all of the figures and show scenes for all of the Disney park attractions for many years.

Over the years, MAPO built all sorts of things, from pirates to presidents, from dinosaurs to Dreamfinder, from Country Bears to Captain Rex. And so on. MAPO built ride vehicles, and even whole ride systems. MAPO built the locomotives and passenger cars of the Fort Wilderness Railroad. If it was at a Disney park, MAPO probably built it.

I had the opportunity to visit MAPO in 1993. It was an exciting place. All around us were props for the Twilight Zone Tower of Terror, or a new pirate figure for Pirates of the Caribbean, or Skippy from Alien Encounter, and several other figures and set pieces for upcoming (at the time) Disney attractions.

But now, Disney is giving all of that away to someone else instead of doing all their work in-house as they had in the old days. I’m sure it comes down to what is best for the bottom line, as everything at Disney does these days. But in a way, it feels like they are giving away the store.

Now, Disney will get its figures and sets from the same place that several other parks and attractions get theirs from. Of course, they will be specially made for Disney, as each attraction is entirely different from the others. But other places will be getting their stuff from there, too.

To me, this is just another example of Disney becoming like everyone else instead of being different and innovative on their own. And it is just another example of how the “old Disney” is going away. Yes, companies change over the years. They have to in order to keep up with the current times, whether those times are public tastes or economic survival. But when they start changing from something that made them unique, that isn’t necessarily a good thing. Those in charge seem to be chipping away at what makes Disney “Disney” instead of just another movie studio, or just another theme park.

So what does this mean for the future? I have no idea. I would like to think that this means future Disney attractions will have even more Audio-Animatronic figures. It would be great to have another Audio-Animatronic extravaganza along the lines of Pirates of the Caribbean, American Adventure, or the Great Movie Ride. Something that is truly ground-breaking once again. And maybe if Disney isn’t paying directly for the research and development of the next generation of animatronics, then that might happen.

I personally don’t know much at all about Garner Holt or his company, although his work in the new Cars Land attractions is getting great reviews. I do wish him the best of luck as his company moves forward, and I hope they come up with some amazing things. I bear him no ill will at all, and he is definitely in an enviable position.

But still, it is just a little sad to see another part of Disney go away.

13 thoughts on “The End of MAPO at Disney” 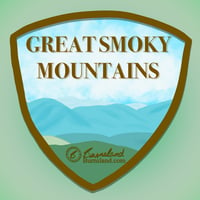